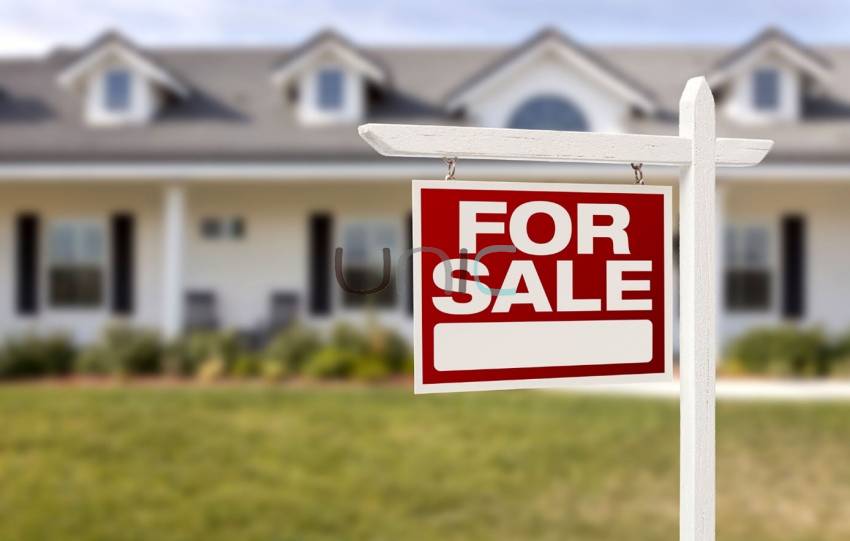 Housing prices in the EU: Record rise since the “boom” in 2007

The price of housing in the eurozone has shot up 9,8% in the first trimester of 2022.

This is a record increase that cannot be comparable since the boom in 2007.

According to Eurostat, every state member of the EU (10,9%) and Eurozone (9,8%) has risen to its maximum in the first trimester of this year. In fact, in 17 of the states it had risen to two digits.

In Spain the increase is below the average landing on 8,5%, but still the largest rise in over a decade. Compared with the last trimester of 2021 (6,3%) it gives us the fact that it was the highest price of housing in the country since 2007.

The largest price increases took place in countries like: 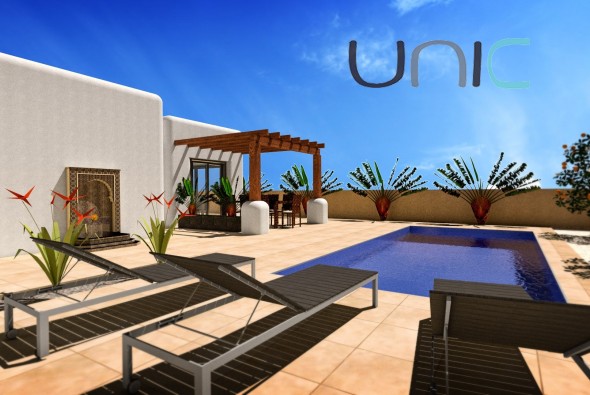 Beautiful modern villa under project in a quiet and privileged area! This exquisite villa is projected by the picturesque and charming villages of Polop and La Nucia. Here one can find all the...
355.000 € 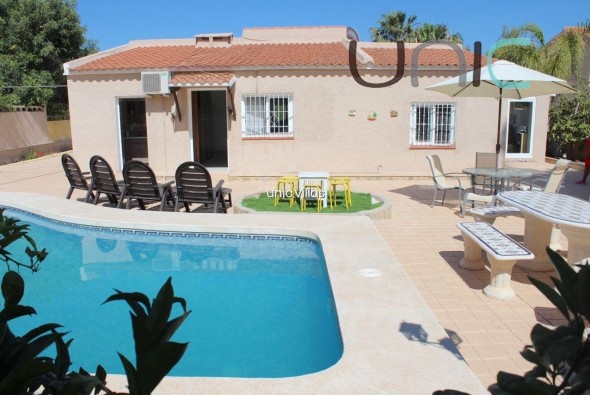 Lovely independent villa on one level, completely renovated in 2017. The villas offers 3 bedrooms, 3 bathrooms, a large combined living- and dining-room, a separate kitchen, a covered terrace...
480.000 € 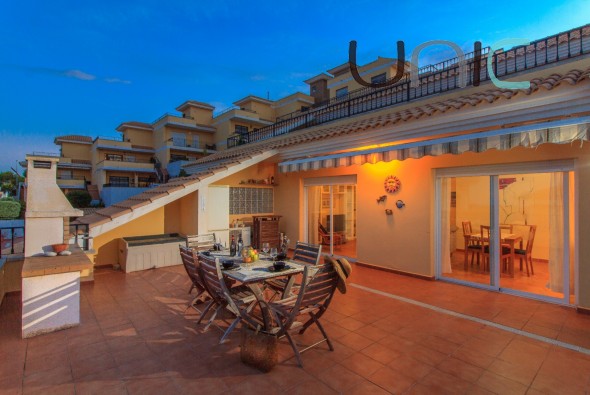 Cozy bungalow over two floors with beautiful terraces and nice views in an attractive residential area! This pleasant bungalow is situated in the lovely residential area of Belmonte - just a...
249.000 € 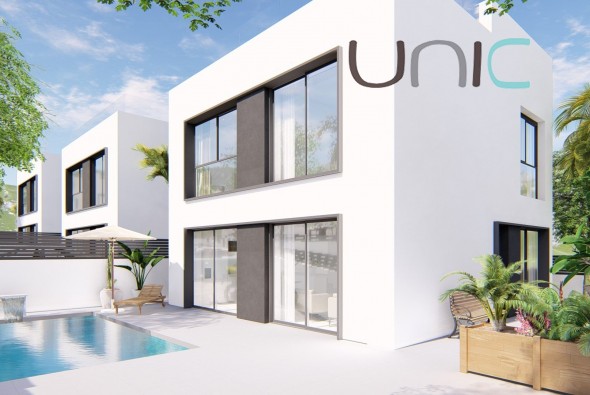 10 single-family homes in a gated community, on a fantastic location 1 km from the Villajoyosa beaches and 500 meters from the center.. They all have a spacious living room with a modern open...
395.000 € 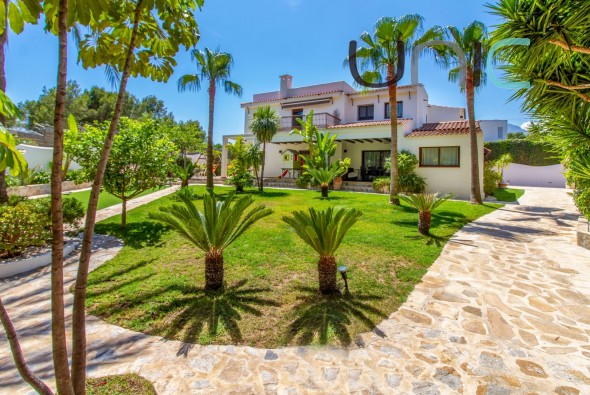 Large fully renovated villa in an exclusive residential area between La Nucia and Benidorm! This lovely detached house is spread over 2 levels and offers 4 bedrooms and 3 bathrooms. Otherwise,...
750.000 € 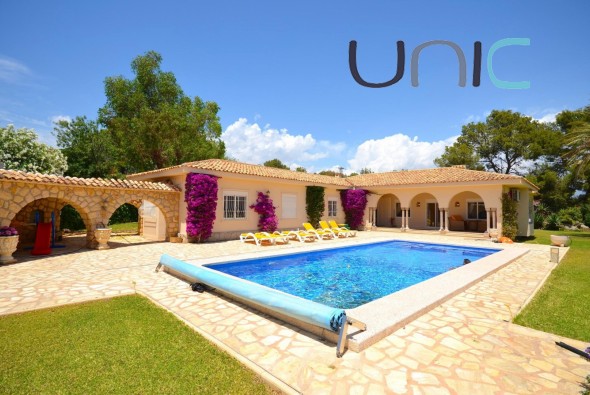 Wonderful luxury villa in Mediterranean style located in a quiet and well-established residential area of Alfaz del Pi. The property, with a great levelled plot of 2300 sqm, is centrally...
925.000 € 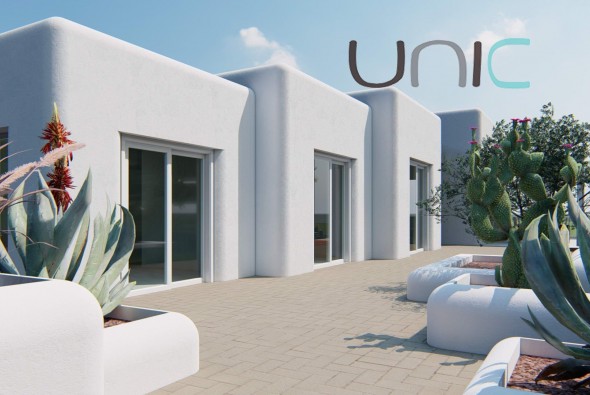 Lovely, bright villa with beautiful outdoor areas and nice views! These splendid one-story villas will be built in a tranquil and private residential area in La Nucia. Here one can find all the...
499.000 € 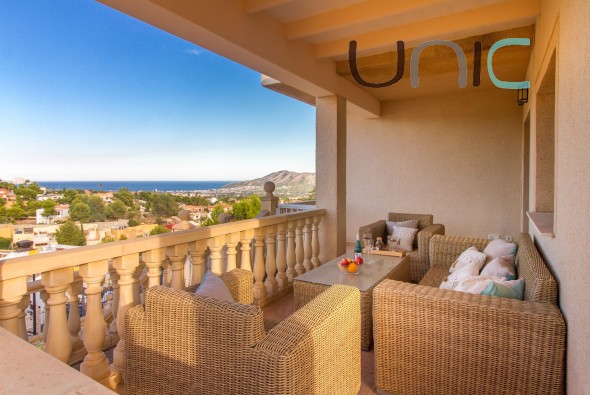 Lovely villa on top of a hill close the Elians British school, on a secluede community with 3 communal pools. The property has two accesses one from inside the urbanization direct to house and...
289.000 € 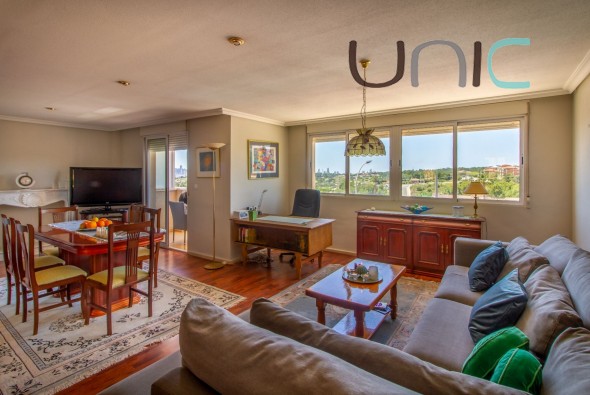 Bright and spacious apartment in a nice and well-kept area! With its central location in the center of Alfaz del Pi, you can find all the necessary facilities on your doorstep, such as...
199.000 €